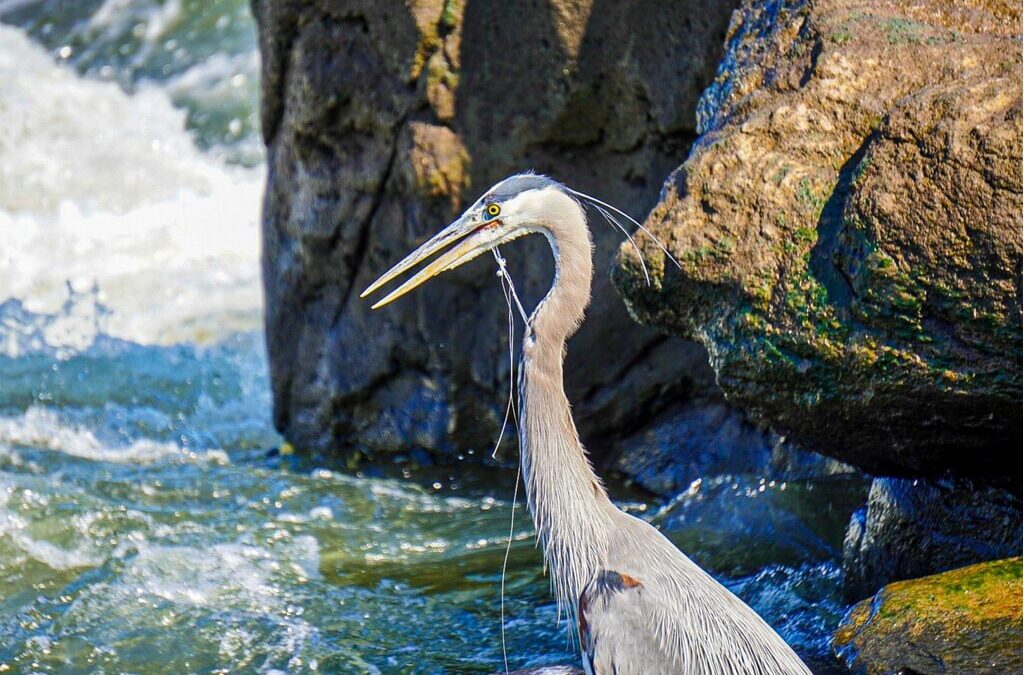 Featured Image: Among other plastics in the area, fishing line is among the most harmful to nearby wildlife, with an estimated 100,000 animals dying each year. (Credit: Chattahoochee River Conservancy)

Plastic, Styrofoam, Oil— these three pollutants products have made their way into our oceans, rivers, and lakes. Georgia’s own Chattahoochee river is no exception. Once a beautiful sight to locals and hikers, the river is now facing every type of pollution due to construction and littering.

In an article by The Signal, writer Gabby Miller stated that, due to construction in the area, dozens of pollutants are washed into the river when it rains, like “oil” and “tire dust” and that “rainwater mixed with excess from the roadways is the root of a lot of the pollution in the river”.

Unfortunately, construction isn’t the only thing harming the Chattahoochee River. Miller goes on to say that “the trash you litter can go anywhere” as it’s “practically weightless”. It’s noted that the litter causes different types of pollution that can “cause harmful effects on the precious river ecosystem”. Among the litter discarded into the river and surrounding areas, fishing line is among the most destructive. The Chattahoochee River Conservancy states that “discarded fishing line kills more than 100,000 marine life every year and can take hundreds of years to decompose”.

And while plastic has appeared in the Chattahoochee for decades, a new problem has risen as a result of the COVID-19 pandemic: single-use masks and gloves. WSBTV Atlanta brought awareness to this problem in an article back in late 2020, where Jason Ulseth stated that people aren’t “just littering there” but also “impacted our river and our water supplies”. As the pandemic continues and the demand for single-use products increases, locals can expect to see more litter flowing down the Chattahoochee.

While plastic and pollution have and will continue to plague the river for years to come, certain organizations are already taking initiative to conserve the Chattahoochee.

Back in June, the Chattahoochee River Conservancy installed a Watergoat Trash Trap, which is made up of “a series of buoys and netting” and is expected to prevent “any type of trash and debris” from going further up the river. Additionally, the organization hosted the “Riverbend Cleanup” where they collected 400 pounds of trash from the river and surrounding areas.

Furthermore, Chattahoochee Riverkeeper’s annual “Sweep the Hooch” cleanup brings “hundreds of volunteers” together to clean “50+ parks, tributaries, and access points” along the river.

In addition to these organizations and volunteers who spend countless hours removing litter and debris, there are certain things you can do to prevent future pollution of the river, by: