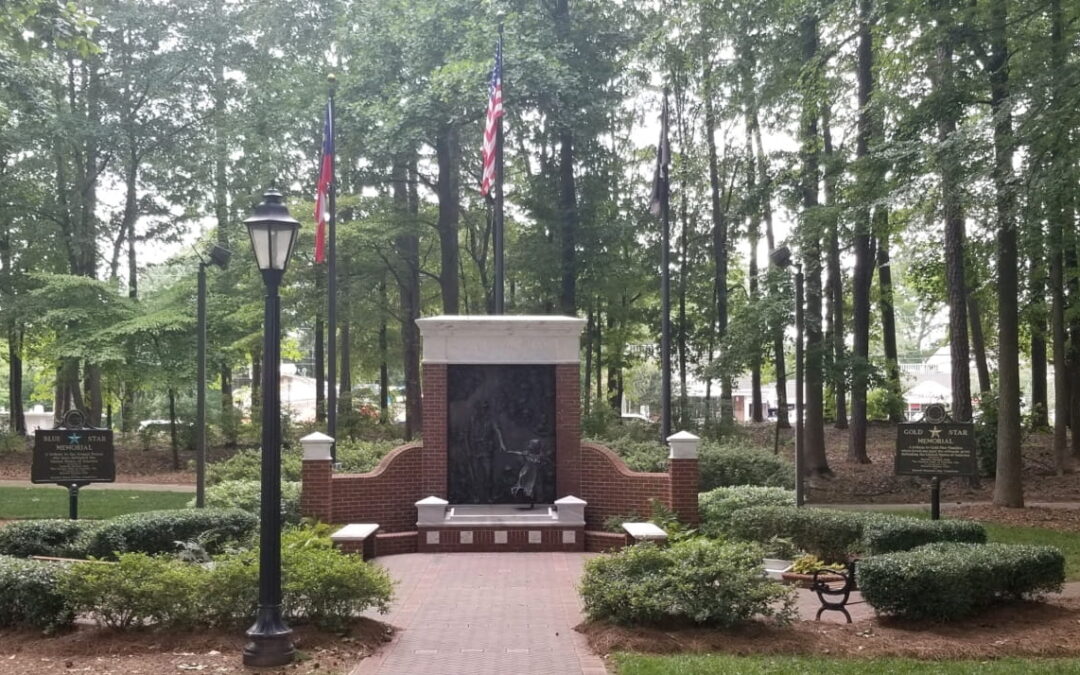 Roswell Garden Club invites you to join us on Memorial Day, 2022, for our Blue Star Memorial Marker and Gold Star Families Memorial Marker Dedication at the 23rd annual Roswell Remembers Memorial Day Ceremony. The markers honor those who have served or will serve in the US Armed Forces (Blue Star) and those who have lost a family member in service to the United States (Gold Star Families). The event starts at 11:00 am at Roswell’s City Hall.

The Blue Star Memorial Program honors service men and women who have served, are serving or will be serving in the United States Armed Services. The program was established by the New Jersey Council of Garden Clubs in 1944. In 1945, the National Council of State Garden Clubs (now National Garden Clubs, Inc.) adopted the program and began a Blue Star Highway system, which covers thousands of miles across the Continental United States, Alaska and Hawaii. Blue Star Memorial Highway Markers are placed at appropriate locations along the system. Memorial Markers and By-Way Markers are placed at locations such as national cemeteries, parks, veteran’s facilities and gardens.

The Blue Star became an icon in World War II and was seen on service flags and banners in homes for sons and daughters away at war as well as in churches and businesses. The Blue Star was replaced by a Gold Star when a service member died while serving in conflicts.

We are privileged to honor all who have served, are serving or will be serving with the Blue Star Memorial Marker:

We are privileged to honor all who have lost family members in the United States Armed Forces.

WE REMEMBER—WE WILL NOT FORGET