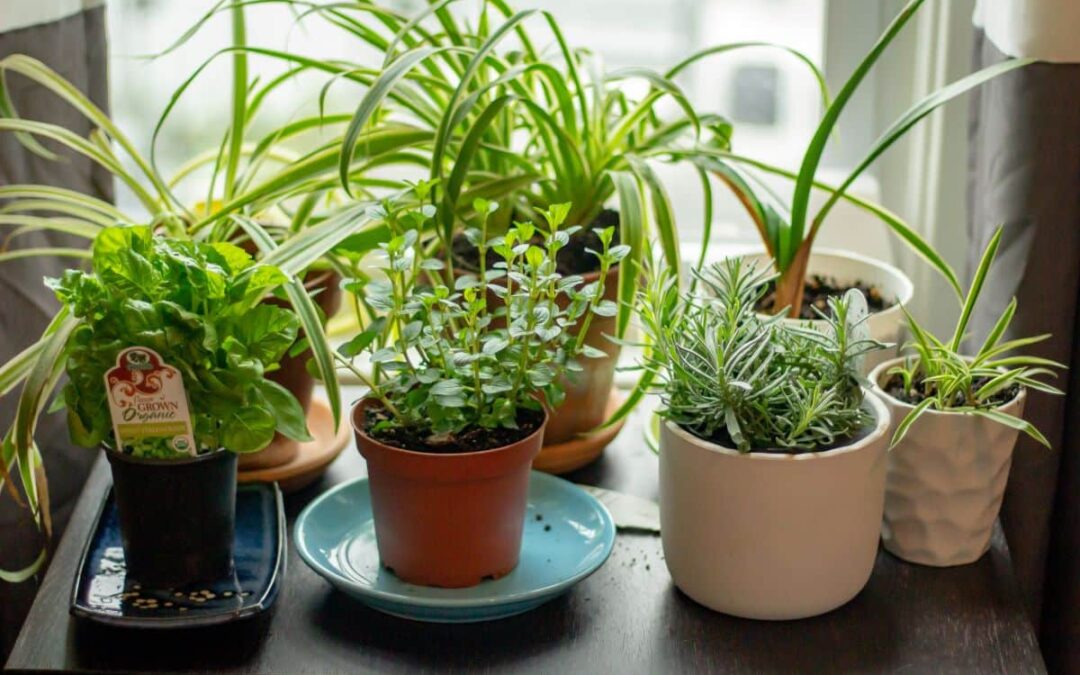 Here are some snippets of garden and herb lore for you to enjoy during National Garden Week.

A Bit of Garden Lore: Never thank someone for giving you a plant (or even a cutting from a plant) as it is thought to bring bad luck in growing that plant. It is suggested that the giver should turn their backs which allows the recipient to basically “steal” the plant. 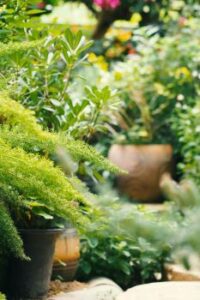 Herb Lore is fun to explore as we grow an herb garden – either an outdoor garden or even pots on a windowsill. If outside, be sure it’s convenient to run grab a cutting when you are cooking…unless you are better at preparing ahead of time than I am. Herbs are fun to grow and to cook with, but they are really ancient and have for centuries had particular beliefs and lore associated with them. Many are used for medicinal purposes, but one should always be careful – just because something is natural does not mean it cannot have some side effects – especially if mixed with traditional medicines. Always check with your doctors before trying any herb for medicinal reasons. Photo by Jade Seok on Unsplash

Nettle: Possibly because it is so very nutritious, this herb is often associated with healing or protection. It supplies protein, calcium, vitamins C & A, magnesium and is high in iron. Superstitions dictated that if eaten in May you would be healthy all year. Nettle leaves can be stirred or crushed, fermented, and used as a fertilizer in the garden. In ancient times it was mixed with eight other herbs in the “Nine Herb Charm” to treat illnesses. The herbs in the charm were Nettle, Chamomile, Thyme, Plantain, Mugwort, Crabapple, Lamb’s Crest, Betony (some believe it was Cockspur), and Fennel. It is said that this “charm” goes back as far as the 10th Century.

Rosemary is a symbol of remembrance and often placed on graves or a sprig in a coffin. It is believed that inhaling Rosemary increases cognitive functions. If you insert this herb in a bouquet (or gift) you are giving to someone, it is thought to bring good luck and that they will remember the friendship. It can be used in closets to deter moths.

Sage: This is a fascinating herb. When mixed with Thyme, Lavender and Rosemary in a vinegar base, this herb was used as a defense against the plague. Smudging with Sage is said to cleanse the house or room and free it of bad spirits or negativity. There is a specific way to smudge so read up on this if you decide to do it.

Bay Laurel (Bay Leaves) keep evil from the home. You will often find it grown in containers, shaped as topiary, and placed on each side of the entrance to homes. This holds true today although they probably use them at the entrance because they are just really pretty and they do hold their shapes nicely.

Lavender is cherished for its aroma and said to induce calm and to help lull one to sleep. If Lavender is grown in a garden it is said to bring good luck. Because of the wonderful fragrance, this herb has been popular for an exceptionally long time. In early Egypt, it was used in in embalming and the mummification process. Even today it is used in soaps, shampoos, teas, cooking, and many other ways. Lavender really is a beautiful herb to grow and to use.

Chives were hung in doorways to ward off evil spirits and disease. Chives were also used in fortune telling. Today planting chives in the garden is said to help ward off pests.

Herbs and potions were often associated with witchcraft, but it was said that Dill would keep the witches away.

Sprigs of Fennel deter flies and when placed in keyholes it is believed to keep ghosts away. Fennel is said to aid in digestion and helps control the appetite.

Thyme comes from the Greek language and means “to fumigate or smoke.” It is often used in incense burners today as well as through the ages. It has a nice fragrance to it, and its blooms are known to attract bees. Since bees were often thought to carry messages to the fairies in some cultures, the legend grew that fairies lived in thyme patches. When thyme was burned or its oil applied to the body, it was believed to give one courage. Young women often sent thyme with their warriors going to battle. It has also been used as an antiseptic.

It’s fascinating to study garden and herb lore. The study opens a window into gardening in history. The featured image for this post is by Bonnie Kittle on Unsplash.