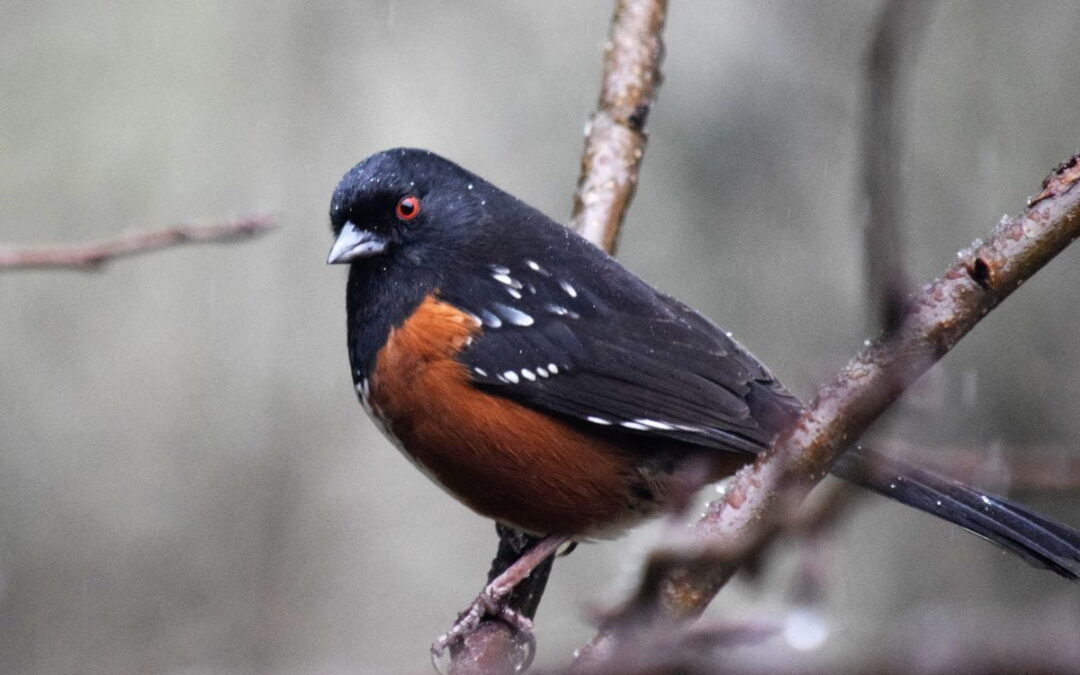 I was fortunate to have a father that loved nature and would often point out birds and plants to me when I was very young. My first memory of birds (although there probably were others) is of him pointing out the towhee and telling me their name sounds similar to the sound they make. To listen closely and if I heard what sounded like “joree” if would be the towhee singing. I think this is what spurred my interest. All my life I have enjoyed birds and the folklore, myths, and superstitions that surround them – in many cultures and religions.  Such beautiful creatures and so fascinating. Towhee photo by Jennifer Uppendahl on Unsplash

Throughout time birds have in general represented “Freedom.”  Easy to understand as we watch many of them soar above us. Now we fly in airplanes, but in early cultures this flight of the birds must have truly looked “free” and envious of human’s who were more confined.

Cardinals symbolize the “hinge” (as a door hinge) between heaven and earth and have become viewed as representing a message from one in heaven. Native Americans believed they were representative of the ancestors.

It is often believed that one will have very bad luck if one harms/kills a sparrow as sparrows hold the souls of the dead. Such a tiny bird and I often wonder why they became associated with the carrier of souls.

Owls in very early cultures often meant wisdom. Later (probably around the Middle Ages) they became known as harbingers of death. Depending on the ancestry of an individual, today both of these still exist but most often they represent wisdom thus “The Wise Old Owl.”  It is still strongly believed in superstitions that it is bad luck to see and owl during the day.  A lot of different superstitions and folklores revolve around the owl.

It was believed that evil could not dwell within the Dove and they are viewed to represent peace. Such a wonderful belief.

All along the Chattahoochee locally and other rivers, one will often see a Kingfisher (the bird on the logo for Chattahoochee Nature Center). This bird brings good luck.

One bird that has fascinating beliefs associated with it is the Crow. Although it is associated with witchcraft in movies and literature over many years it is truly associated with wisdom. In Native American cultures this bird was considered of high intelligence. They believed the Crow could talk so it had to be wise. In truth, we now know they are great mimics. They have actions for problem solving and therefore they have been shown to be smart birds.

As a child I was fascinated by the beautiful sound of the Whippoorwill (but if you hear a note before the sound “whip-poor will” which makes it sound like “chuck-whip-poor-will” that is the call of the chuck-will’s -widow not the whippoorwill). The whippoorwill, like many birds heard at night, has been associated with death or a bad omen. There was also a belief the whippoorwill could change into small people that roamed through woodlands at night. Superstitions dictated that if a young woman heard a whippoorwill’s call she would still be single a year later. Another superstition says the bird captures the departing souls of the dying (perhaps because the Whippoorwill has a large mouth). So many superstitions and stories surround this bird that is less seen but more often heard. It is not a beautiful bird but has a beautiful sound. That large mouth makes it easy to feed on larger insects that fly at night.  Whippoorwill photo by Dieny Portinanni on Unsplash 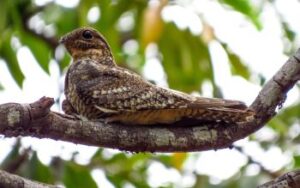