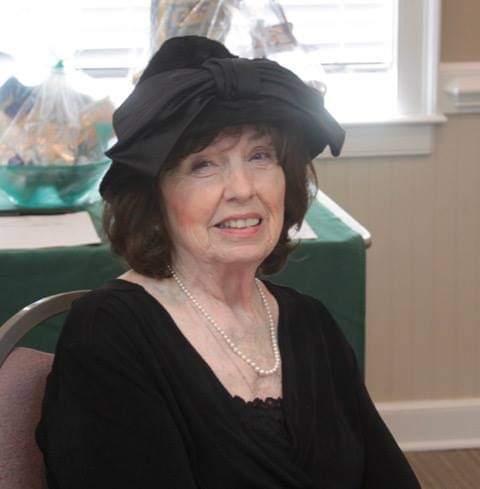 Roswell Garden Club lost a loyal member and beloved friend, Lov Heintzelman, this spring. Florence Anne Berna shared this written account of Lov’s dedication to RGC. Helen Keller said, “The best and most beautiful things in the world cannot be seen or even touched – they must be felt with the heart.” Lov Heintzelman, thank you for touching all of us and making the city of Roswell a more beautiful place.

On May 3, Roswell Garden Club lost long-time honorary member Lov Heintzelman. While she went by the nickname “Lov,” her full name was Lavonda Marlene – a beautiful name for a beautiful lady. She was born, raised and educated in Grand Rapids, MI. She attended a private girl’s college called Stephens College majoring in, of all things, Aviation. Upon her graduation in 1955, she attained her pilots license. Also that year she married Robert Heintzelman. They were together 59 years, raised 3 boys (one set of twins), and enjoyed 3 grandchildren and 7 great grandchildren.

Not many people know, but Lov worked as a detective for a few years. When she established her own arts and crafts business, that platform allowed her artistic talents to soar. She sold her creations from her Roswell home, and later when she and Bob relocated permanently to the North GA Mountains, from a store nearby. She and Bob also collaborated on a business venture entitled Interiors by Heintzelman. Lov truly enjoyed entertaining family and friends and was an expert cook, baker and decorator—especially during the holidays. Even after her move to Jasper, Lov continued to commute to Roswell to attend monthly garden club meetings and functions. Many of us remember how stoic and strong Lov was when both her husband and son were so very ill.  Randy–one of the twins—battled cancer for years. As fate would have it, Randy and Bob passed away within a few days of each other. Lov brought her family through 2 funerals and 2 out-of-state burials. Despite those losses, Lov wanted to remain in her Jasper home. Since Bob was a member of the US Marine Corp. and a member of a local Marine Corp. League, Lov had lots of support and many friends helping around the house, checking on her and keeping her company. Lov battled health and heart issues for years and finally needed to relocate to an assisted living facility in Jasper. It was there while in hospice she left us after an amazing 85 year life. A few years ago, a poem was printed I believe in the GA Garden Gate magazine by Barbara Bailey. I think it’s appropriate we revisit it.

Meet You at the Gate 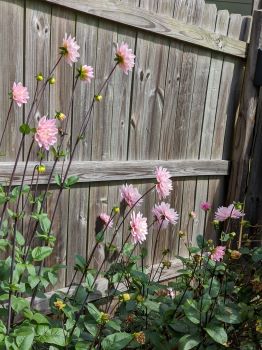 A beautiful garden now stands alone,
Missing the one who nurtured it.
But now she is gone.
Her flowers still bloom, and the sun it still shines,
But the rain is like teardrops, for the ones left behind.
The weeds lay waiting to take the garden’s beauty away,
But the beautiful memories of its keeper are in our hearts to stay.
She loved every flower, even some that were weeds!
So much love she would plant with each little seed.
But, just like her flowers, she was part of God’s plan,
So when it was her time He reached down His hand,
He looked through the garden…searching for the best,
That’s when He found her; it was her time to rest.
It was hard for those who loved her to just let her go.
But God had a spot in His garden that needed a gentle soul.
So when you start missing her, remember..if you just wait…
When God has another spot in His garden,
He’ll meet YOU at the gate.